With Australia Day approaching, it’s both respectful and crucial to reflect on our country’s history of racism. Sometimes racism is visible: think of racial slurs shouted in public or scribbled on school toilet doors and public transport seats. Or the way a criminal in the media is labelled by race only if they’re non-Anglo; or the way a coloured woman is more likely to be imprisoned for a crime than a white woman in the same circumstances. Other times, racism may be invisible – at least to those of us it does not primarily affect. But, with education comes the power to identify invisible racism, and thus the responsibility to call it out. In the case of racism, to remain silent is to condone.

As an Anglo-Saxon woman, I am generally immune to the everyday harms suffered by racial minorities in my country. Writing this article will be an attempt to identify and explore the iron-cast structures we’ve enacted in society that systemically discriminate against minority races. 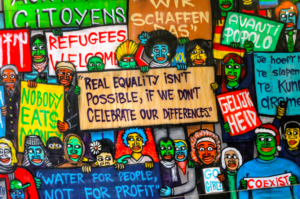 Australia is home to both a strong Indigenous population – of which we have begun acknowledging only in recent history – and a plethora of multicultural groups from a variety of other countries. Research has demonstrated that these groups suffer systemic discrimination daily.

At its core, racism is the belief that one person’s culture or nationality is superior to another.

Passive racism is multi-faceted and often occurs bereft of intention to discriminate. Nonetheless it remains harmful. Even those people who have never consciously committed a racist act; who avoid racist slurs and consider themselves accepting of the cultures we share Australian land with, may exhibit racist behaviours unconsciously. In fact, refusing to acknowledge that others in our community are discriminated based on race is an act of passive racism, as is denying the existence of white privilege.

White privilege does not dismiss any hardships or discriminations in a white person’s life, but rather acknowledges that any hardships we do face are not the direct result of our race.

Accepting policies – or supporting proposed policies – such as racial profiling or blocking immigration from particular cultures in the name of ‘keeping Australia safe’ is a form of passive racism. An example of this was in 2016 when TV host Sonia Kruger said she would like to see Muslim immigration stopped so she could feel safe in the aftermath of some global terror attacks. 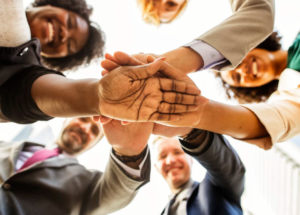 Australia’s legal system offers a skeleton of protection against racism. Australia ratified the 1975 Convention on the Elimination of All Forms of Racism, implementing it through the Racial Discrimination Act 1975. Although the shield offered by the legal system is rather weak in practice, we must acknowledged the intent for some progress, albeit realising we have a very long distance to travel before the lyrics of the national anthem earn merit.

Australia’s treatment of asylum seekers rivals historically appalling human rights atrocities such as Hitler’s Nazi regime. The offshore detention centres we house our asylum seekers in operate under inhumane and abusive conditions. Since June 2013, displaced refugees seeking safety in Australia have been transferred to detention centres at Nauru and Manus Island.

Keeping in mind that these refugees have undertaken fatally dangerous journeys by sea in an attempt to flea torture and wartime disarray in their home countries, they often arrive at Australian detention centres suffering deep depression. Suicides have been common, yet this vulnerable group of humans are greeted with violence and harassment upon arrival. The Australian government keeps their offshore operations very secretive. Files leaked in 2016, however, revealed systemic abuse and horrifying conditions, particularly for children.

The following video from Studio 10 reveals and discusses the appalling message that Scott Morrison, then Immigration Minister of Australia, welcomes refugees (who are in desperate need of our help) with:

It’s downright terrifying that many of our neighbours, colleagues and family members – fellow Australians – support the government in condoning and carrying out what future historians will undoubtedly look back on as a human rights atrocity.

Despite acknowledgements of country on formal occasions, Australia tends to forget it was firstly home to our Indigenous population and their ancestors. Our Indigenous population is disproportionately represented in the justice system. Despite making up a relatively small percentage of the Australian population, they make up a large portion of incapacitated prisoners. Since 1991, the number of Indigenous people in prison has doubled. This is particularly the case for minor and poverty-related offences, such as unpaid fines. There are 24 times as many Indigenous children detained in juvenile detention centres than non-Indigenous youths.

The Australian government could invest in better rehabilitation or diversionary programs – but instead it’s spending $6.7 million on a replica of Captain James Cook’s voyage across the Australian east coast. Go figure.

Racial discrimination and vilification remain a daily feature in the lives of many non-Anglo Saxon Australians. Although legislation exists to protect against racial-based harm, it can be vague, and many victims will not report incidents to authorities in fear of facing troubles themselves; therefore it is our responsibility to diminish the shadow that invisible, systemic racism has cast around minority and Indigenous Australians, and stand up to both the loud and quiet forces that try to impose on it.