If the Sydney lockout laws weren’t enough to permanently destroy nightlife culture in NSW, the cancellation of two music festivals, Psyfari and Mountain Sounds, are just two more nails in what will be a very large coffin for the state’s music and arts scene.

ICYMI, the Central Coast’s Mountain Sounds Festival, released a statement to say it had been cancelled just one week before the event. In the Facebook post, organisers cited the hefty new fees imposed by the NSW government, equating to an upfront cost of $200,000 for a mandatory patrol of 45 police on a 24-hour cycle.

If we really crunch the numbers, that means each officer at festivals is being paid about $5,000 for doing the job they are already paid by taxpayers to do.

You’ll remember a little while ago, I wrote an open letter of epic proportions to NSW Premier Gladys Berejiklian outlining why she should consider pill-testing for festivals. The article was more than 1000 words of thoroughly-researched, well-articulated and rather scathing opinions of Gladys’s policies and, in turn, the entire LNP. 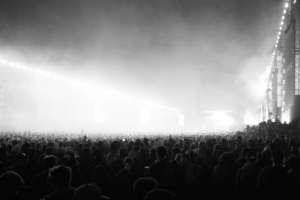 A few months later, Gladys let out these immortal words:

“If there was a way in which we could ensure that lives were saved through pill testing we would consider it – but there is no evidence provided to the government on that.”

I took her words as gospel and thought it was my civil duty to provide evidence of exactly that to the government. I emailed off my essay, references and all, just waiting for the phone call from Glad herself to say “Lizzie, I’m so glad to hear a young person so passionate about music and arts, and so enthused by politics that you took the time to write this beautiful, ‘Pulitzer-worthy’ piece. You’ve convinced me, pill-testing is going ahead!”

While we all know that wasn’t going to happen, a simple acknowledgement of the facts wouldn’t go astray. All I received was a condescending, cookie-cutter, response from Glad’s secretary to tell me everything I already knew:

Not to mention, the panel included the Police Commissioner and the Chair for Liquor and Gaming: two people with no “expert knowledge” and a highly-vested interest in fear-mongering and financial penalties for recreational drug use. While Jonathon O’Dea claims they are implementing “all the recommendations” by the panel, he’s forgetting (or ignoring) one thing: the third panellist, Chief Health Officer Dr. Kerry Chant, recommended pill-testing. The same afternoon I received this piss-poor response, Psyfari announced its cancellation. A day or two later, so did Mountain Sounds. Two festivals cancelled within three days. I guess that’s what happens when you devise an “expert panel” with only three people, knowing two will be on your side, right?

This whole situation is very reminiscent of the 1984 classic Footloose, if the minister of Elmore City extorted all the teenagers for $200,000 for what is supposed to be the public services of police and medical staff.

I’m disappointed, but not surprised, in the generic response I received from Jonathon, and absolutely shattered at the prospect of a state without music festivals. But fear not, this is only the beginning of the cyber-war with Gladys, of which I’ll keep you all posted.

In the meantime, here is how to contact Gladys yourself so your voice can be heard, and I don’t turn into the single hater who obsessively messages her and eventually gets all music banned.

If you want to be seen standing up for music, check out the Don’t Kill Live Music Rally, and I’ll hopefully see you there.

What are your thoughts pill-testing? Tell us in the comments below!